Have you ever felt like you were going to die from doing something you do every day?  This was me on Friday as we neared Positano.  We had started our day from Palermo, Sicily.  Taking the ferry back to the mainland, we found that our expected 9 hour travel time would be extended in excess of 12 hours.  We had heard that there had been some heavy rains on the Amalfi Coast which had caused some mudslides.  So instead of slowly snaking along the Amalfi Coast as I had envisioned in my mind before the trip, our GPS took us further inland and then northwest of Positano.  As we approached Naples, we hit a major traffic jam.  After cautiously making our way through the city of Naples, we hit a snafu when the next turn for us was roadblocked (likely as a result of the mudslides).  Guess we learned a valuable lesson that driving apps don’t always take things like that into consideration.  Feeling tired and a bit stressed from the drive, we ended up having to drive about 17 miles more to our location, all along small lanes which hugged the mountains between little sleepy towns.  Although it was dark out, I could tell just beyond the guardrails (some of which were in need of repair), the cliffs were sheer.  If I had a dollar for each time I entered a 10 degree turn and said “we’re going to die”, I’d be a rich woman!  But somehow we finally arrived at our apartment in Positano.  We got our car parked inside the garage and the owner’s daughter showed us to our room.  We all decided we had no energy left from the long drive so we stayed in our apartment, enjoying the twinkling of the lights of Positano from our terrace. 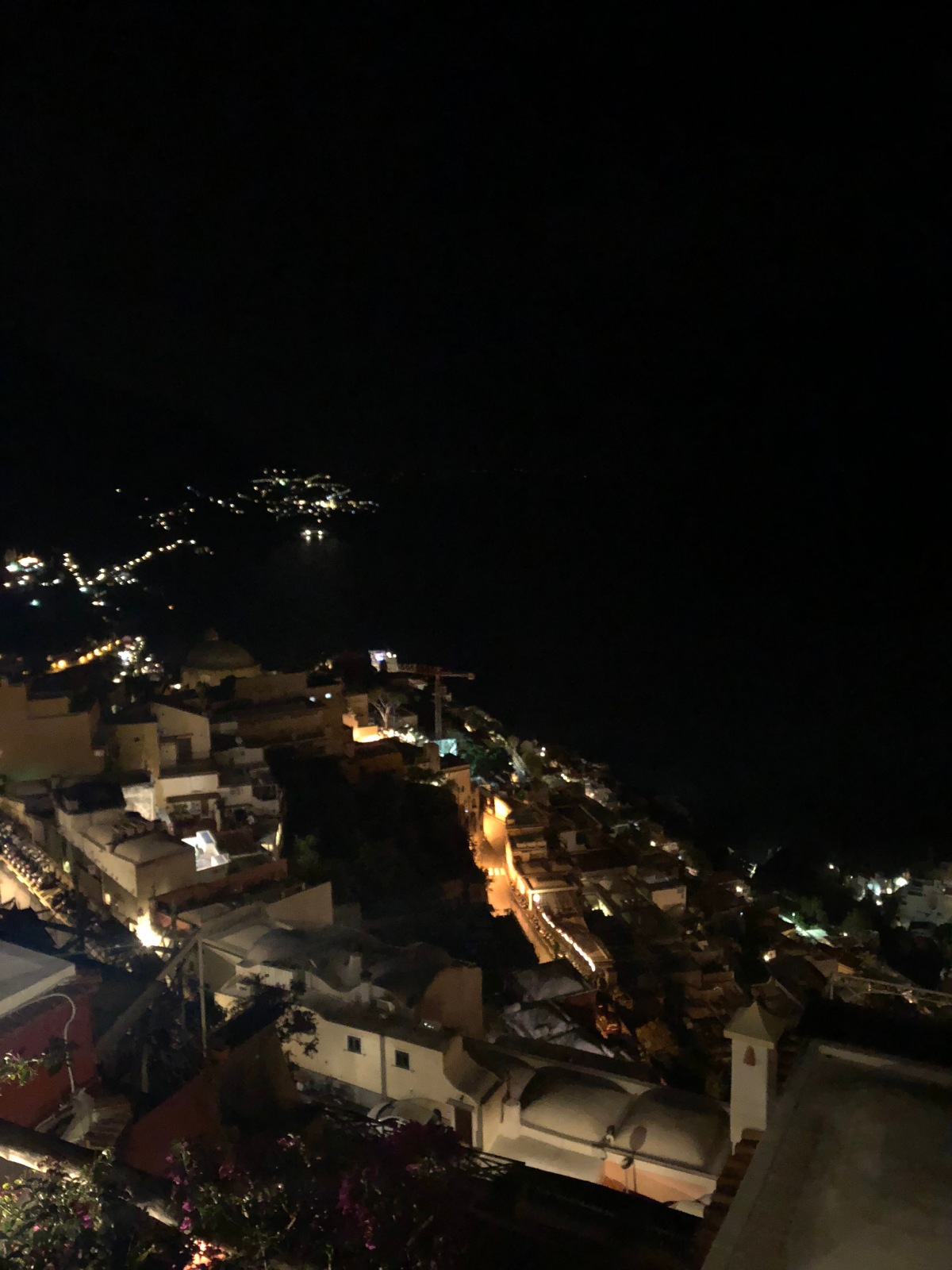 The next morning, we decided to visit Pompeii.  Pompeii has been a tourist destination for over 250 years. Today it has UNESCO World Heritage Site status and is one of the most popular tourist attractions in Italy, with approximately 2.5 million visitors every year.  Pompeii, along with Herculaneum and many villas in the surrounding area, was mostly destroyed and buried under volcanic ash and pumice in the eruption of Mount Vesuvius in 79 AD.  Researchers believe that the town was founded in the 7th or 6th century BC. By the time of its destruction, the population was estimated at 11,000 people.

The eruption destroyed the city, killing its inhabitants and burying it under tons of ash. The site was lost for about 1,500 years until its initial rediscovery in 1599 and broader rediscovery almost 150 years later. The objects that lay beneath the city have been preserved for more than a millennium because of the long lack of air and moisture. During the excavation, plaster was used to fill in the voids in the ash layers that once held human bodies. This allowed archaeologists to see the exact position the person was in when he or she died. 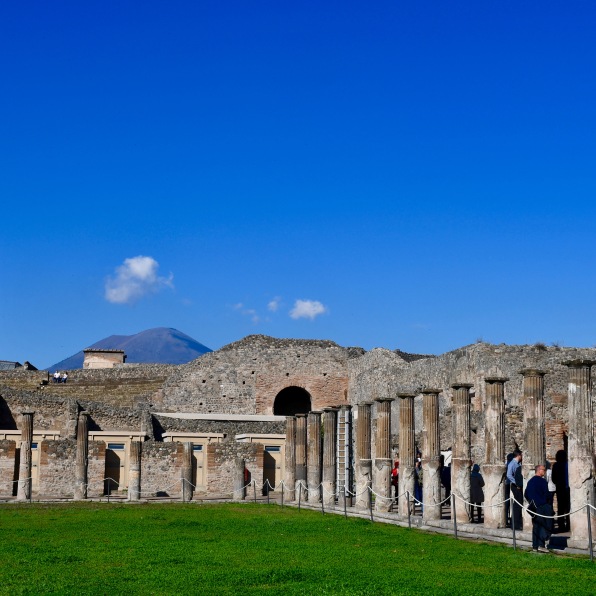 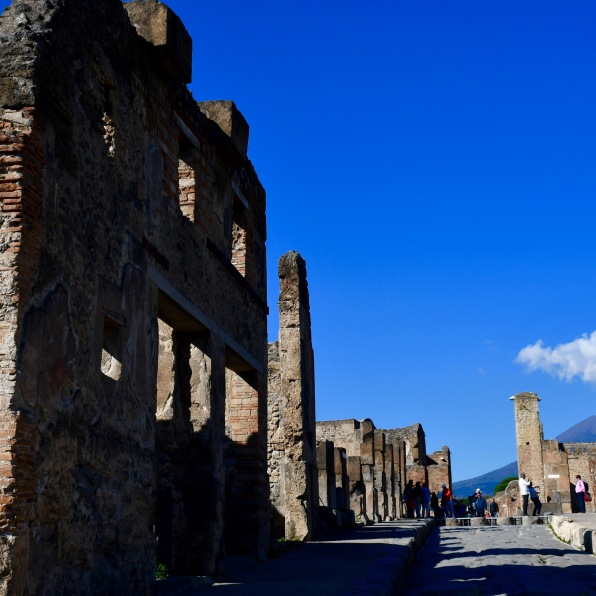 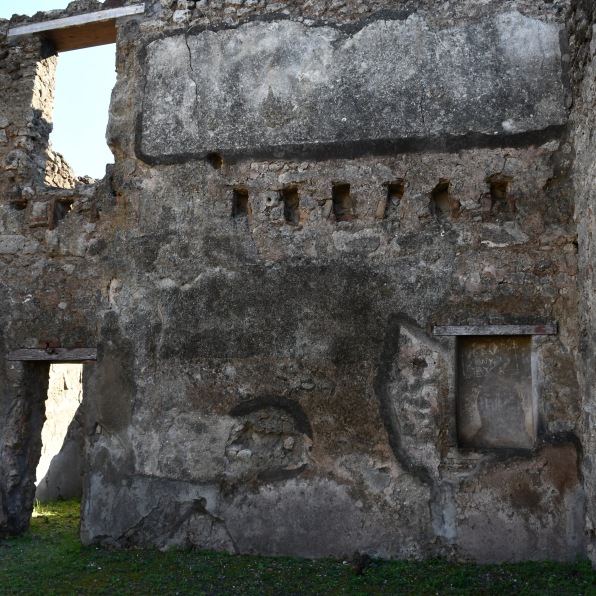 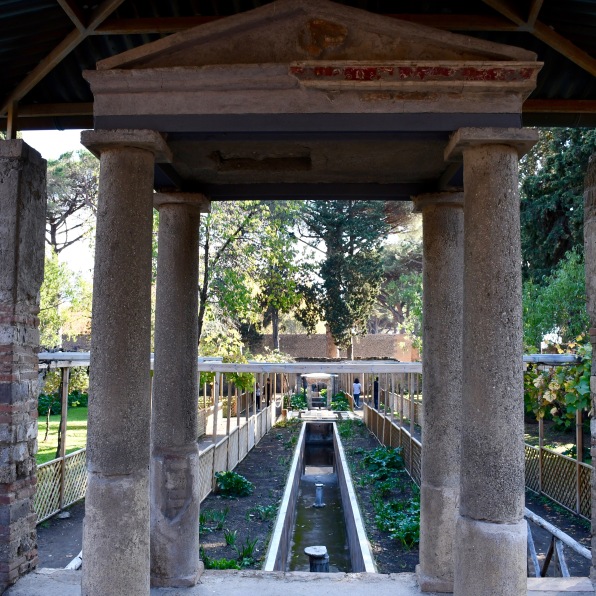 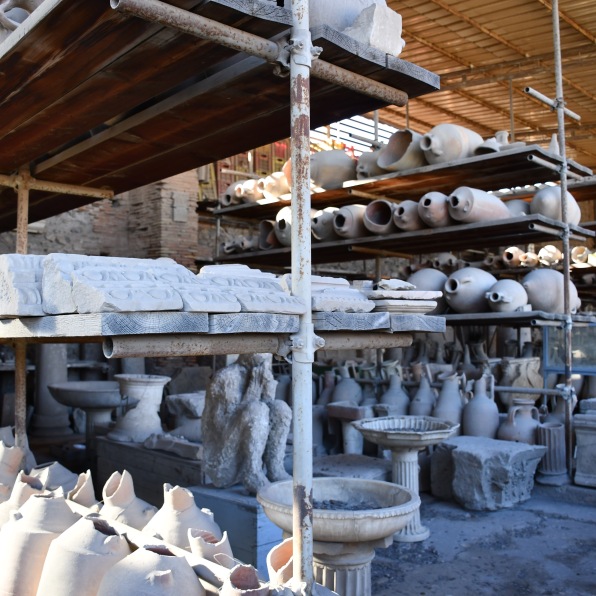 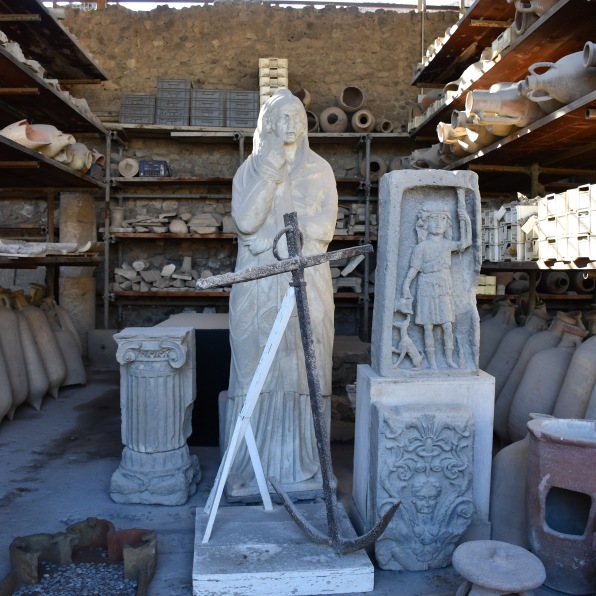 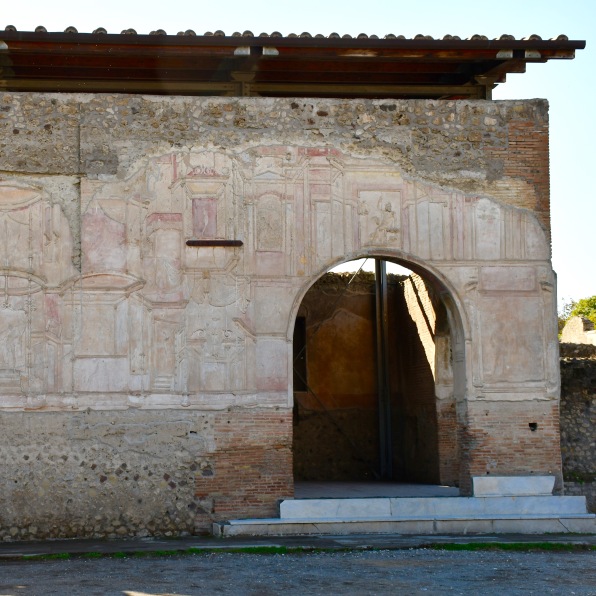 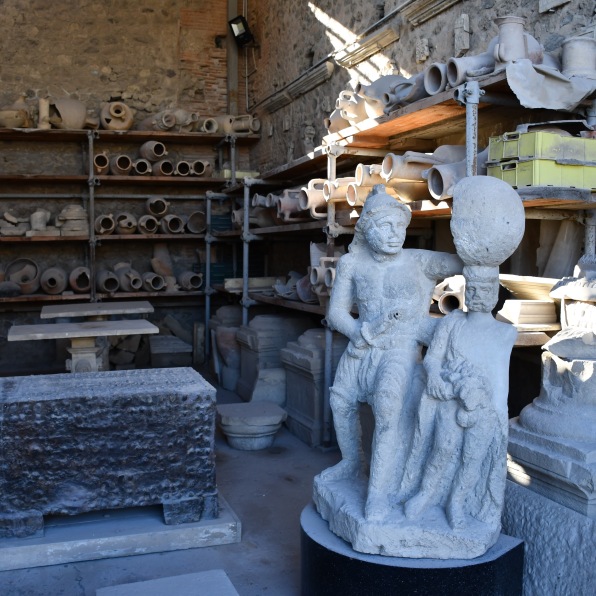 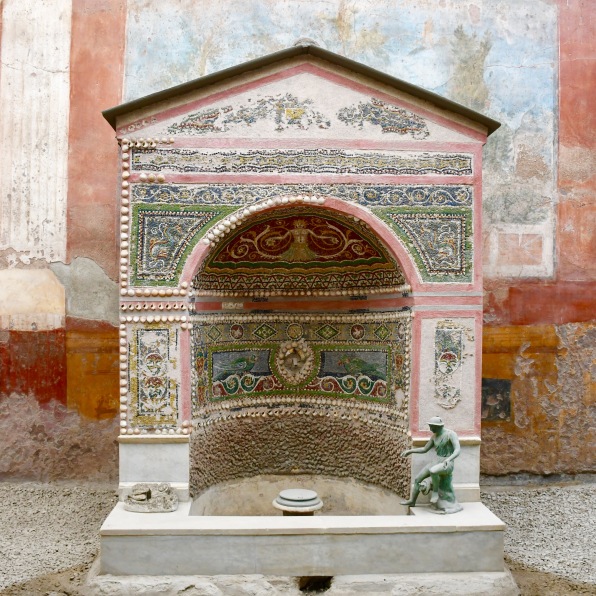 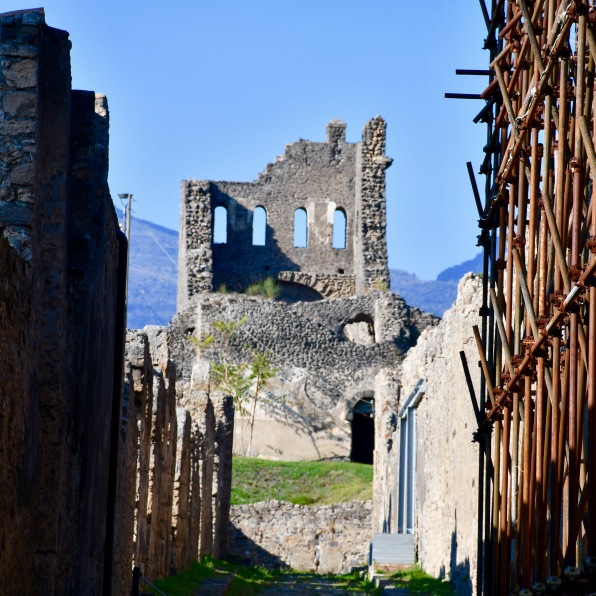 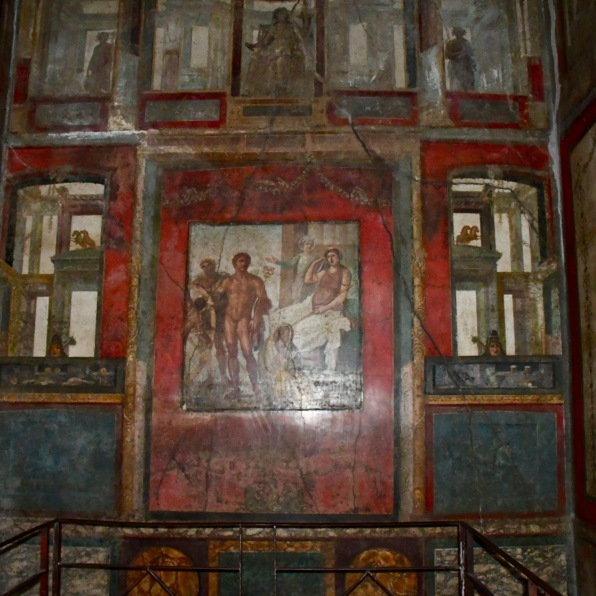 After Pompeii, we stopped at a nearby restaurant before making our way back to Positano (the only place we opted to stay more than one night).  Unfortunately, the road closure impacted us again so we found ourselves repeating the same perilous route we made the night before.  We woke to another beautiful sunny day in Positano! 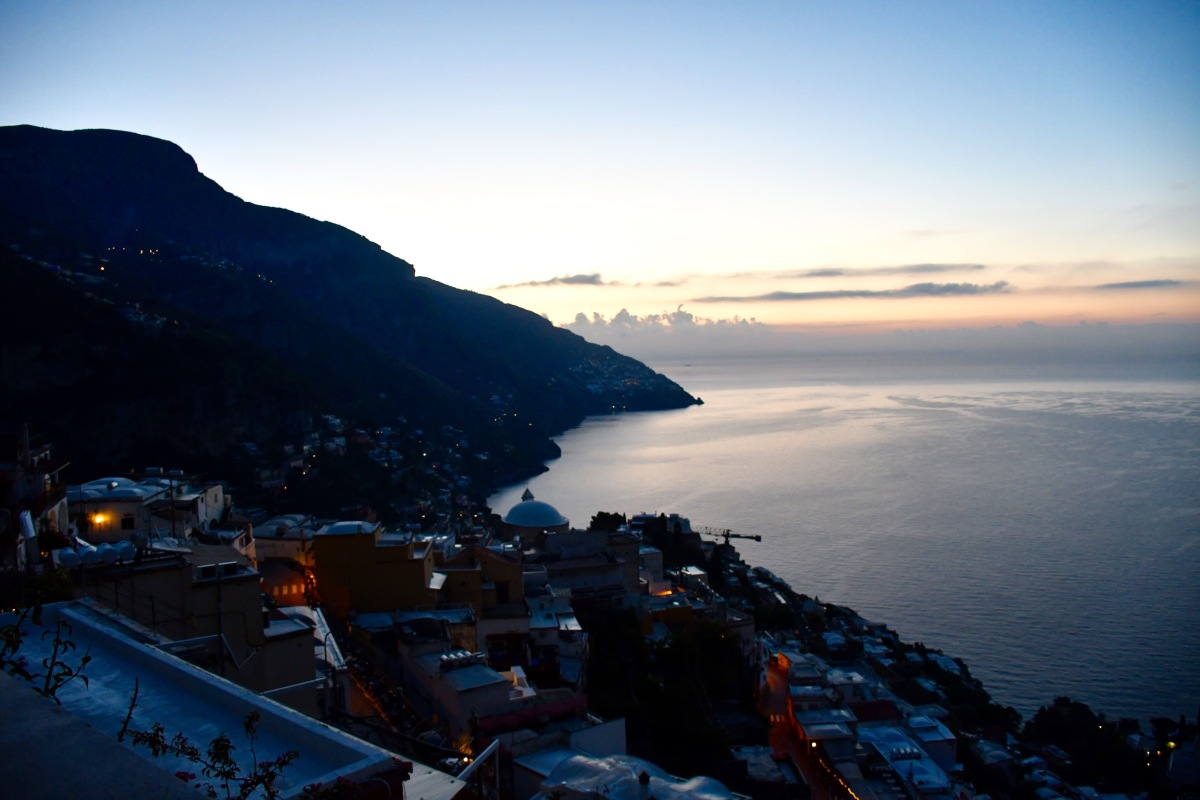 View of the small garden just outside our apartment door 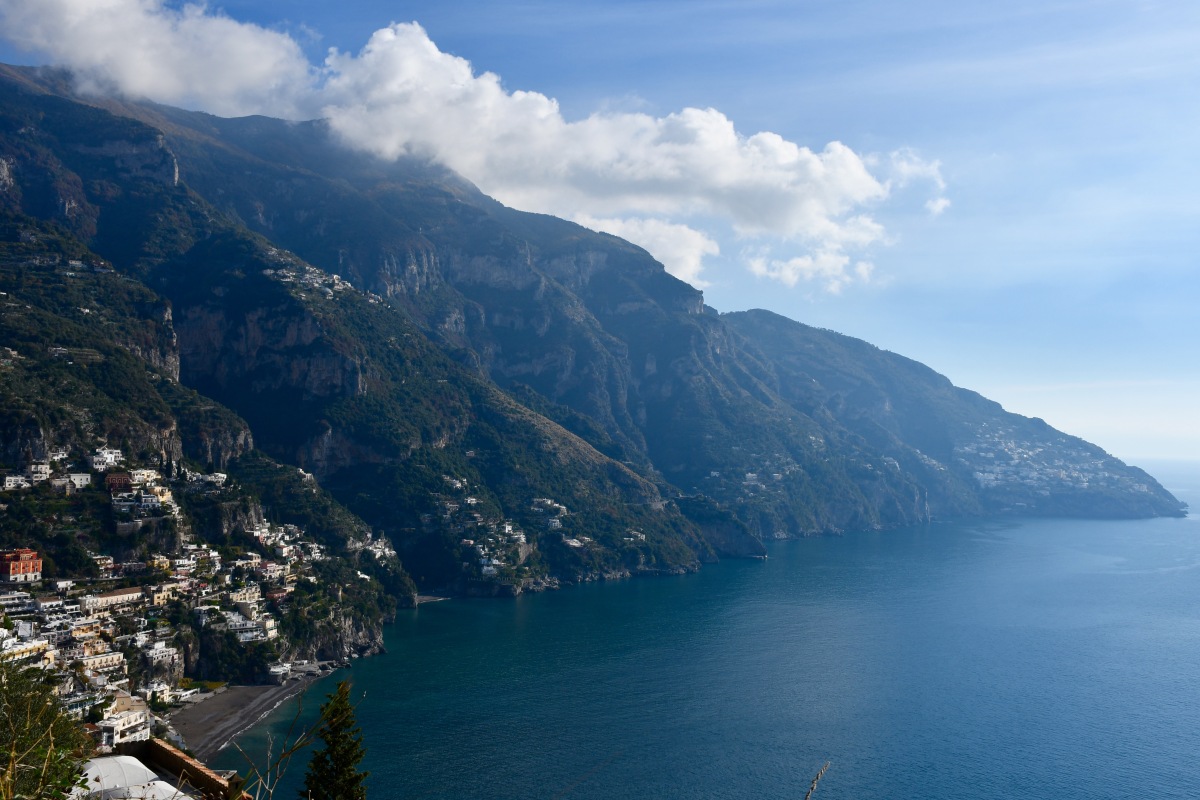 Positano – you are indeed a gem!

We packed up and left the winding streets of Positano for our next destination – Vico Equense.  But that will have to wait for the next blog entry.